“Avengers: Endgame” was a climactic wrap-up of the story that began 10 (almost 11!) years ago with director Jon Favreau and Robert Downey Jr’s Tony Stark forging the first Iron Man suit in a cave with a box of scraps. Fans were dubious, however, to hear that Endgame was not the end of Phase 3, but that that honor instead belonged to “Spider-Man: Far From Home.” 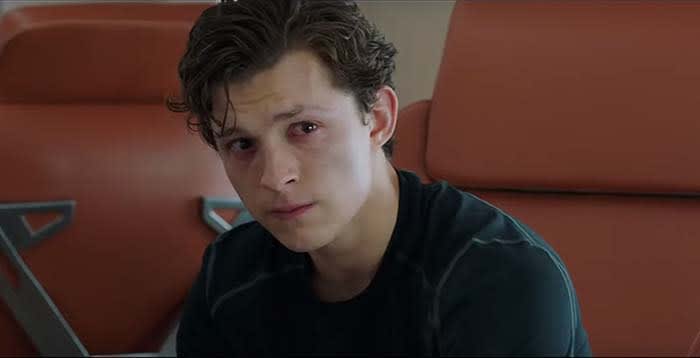 The story is about the young webslinger-turned-Avenger struggling to fill the shoes (or in this case the glasses) that Iron Man left him. The film takes place in the shell-shocked aftermath of “Avengers: Endgame,” and its falling action does a lot to prepare us for the wild ride that’s awaiting us in Phase 4. The clues are in the details:

1. Even in death, he’s still the hero

Audiences felt the heavy loss of Iron Man at the closing of “Endgame” (we love you 3000, RDJ!), and the kid standing at ground zero of the power vacuum is the young webslinger from Queens played by the energetic and engaging Tom Holland. For many of us, the MCU looked to be a darker, sadder place without Iron Man, and “Far From Home” was a spoonful of sugar to help the medicine go down. While Tony Stark may have died, his legacy is ever-present in the MCU. He’s a topic of bittersweet conversation among his friends, a hated name between his rivals, and his image is on graffiti at every other street corner.

Moreover, Tony’s awesome tech is still all over the place. E.D.I.T.H (even dead I’m still the hero) is the Jarvis-like AI whose new home is the pair of glasses Tony Stark bequeathed to Peter Parker. From the looks of it – for better or for worse – Stark Tech isn’t going anywhere, either.

‘Spidey and MJ’ has been a thing for practically as long as the comic series has been written. Unless you’re a fan of Gwen Stacy, MJ’s always been the gal for Peter. Thankfully the MCU has given Mary Jane (played by Zendaya) a much-appreciated revamp, making her less of a damsel in distress and more of a quirky, eccentric, fun character. She plays well off the quippy and often awkward Peter Parker.

Whether MJ will make appearances outside of Spider-Man’s solo films is unclear, but we’re excited to see more of what the studio has planned for her!

One of the cornerstones of Spider-Man is that he’s the quintessential misunderstood superhero. No good deed goes unpunished, and there’s no one out to get our webslinger like newspaper tycoon, J. Jonah Jameson. In the wake of the destruction Mysterio (Jake Gyllenhaal) left behind, JJ finds the perfect angle to frame Spider-Man and set the stage for a city that not only feeds off hate mail for the wall-crawler but also knows his secret identity.

The best part is a surprise return to the iconic role of fan-favorite J.K. Simmons! That’s a good thing because no one shouts “Spider-Man!!!” quite like the guy.

The funny thing about J. Jonah Jameson is that he is also the guy who initially hired Mac Gargan to become the Scorpion, one of Spider-Man’s most classic villains. Spidey’s got quite the impressive rogues gallery, but whether it’s from Sam Raimi, Sony, or Marvel Studios we’ve already seen some of the biggest names in it (Venom, Sandman, Doc Ock, Green Goblin (twice), Lizard, Vulture, and Electro). Scorpion’s another big one, and they already set up for it back in “Spider-Man: Homecoming.”

With Jameson introduced to the mix and the post-credits from Homecoming already hinting at the character, we think Scorpion’s likely to make an appearance pretty soon.

5. “People will believe anything”

‘Multiverse’ is a dangerous word to throw around when Marvel is involved, and the studio knows it. The comics have been playing in that ballpark for years and it’s a wonderfully confusing mess that can be daunting and inaccessible to anyone trying to catch up. The MCU has taken a different approach to the phrase and it’s opened up a can of worms that today’s audience has been awaiting. Turns out, that’s the exact thing Mysterio was hoping to hear.

Mysterio’s a villain that likely wouldn’t have been a threat to the MCU back in 2008. The world back then wasn’t ready to believe in extra-terrestrial shapeshifters, superhero civil wars, gods from another realm, or sorcerers who could stroll through different realms and return in time for tea. Mysterio preyed upon a wounded world, one in which “people will believe anything,” as he said with his dying breath.

We’ve got a sneaking suspicion that this could be the tagline for Phase 4, with madcap adventures like a Doctor Strange sequel, “Thor: Love and Thunder,” Blade, and the Fantastic 4 soon to come. Heck, the Doctor Stranger sequel is even called “Doctor Strange in the Multiverse of Madness.” And that’s without even getting into Marvel’s biggest game of smoke and mirrors …

Who is Mysterio in Spider-Man?

If you loved the baffling illusions and misdirection of “Far From Home,” you ain’t seen nothing yet. If you stayed for the post-credits (which every loyal Marvel fan should have learned to do by now) then you were treated to a bizarre scene. Nick Fury and Maria Hill were not who they appeared to be. Instead, Fury was Talos (Ben Mendelsohn), the Skrull we were first introduced to in “Captain Marvel.”

Talos was keeping an eye on things for Fury back on Earth, while Fury was elsewhere (we’ll get to that in a second)! Contrary to other Marvel media, the Skrulls ended up being the good guys in “Captain Marvel,” so whether the MCU plans to eventually tackle the Skrull Invasion is unclear, but the option is there. It’s also worth pointing out that a lot could have happened since the Skrulls’ introduction back in the ’90s, and alliances can shift …

If there’s one guy who’s had just about enough of shifting alliances, back-stabbing, murder attempts, and betrayal it’s Nick Fury (Samuel L. Jackson). While Talos was covering for him back planetside, the former Director of the now-defunct SHIELD really was ‘far from home.’ Specifically, he was on a space station with presumably covert intentions. ‘How can a space station be covert?’ you might wonder. Well, Fury thought the same thing before he met the Kree in “Captain Marvel.” It wouldn’t surprise us if he’s taken his paramount paranoia and personal projects to the skies.

In the comics SWORD is the Sentient World Observation and Response Department that deals with the same threats on a galactic level that SHIELD used to deal with on the ground. Now that we’ve been introduced to the Guardians of the Galaxy, Thanos, Captain Marvel, the Kree, the Skrulls, and all manner of other dimensions (thanks to Doctor Strange) it makes sense that Fury wants to take security to the next level.

Guide to Marvel Phase 4: Everything you need to know

Marvel's got eyes on the future ►

SWORD could also have some pretty exciting tie-ins to several upcoming items on the Phase 4 docket, particularly the “Captain Marvel” sequel, “Guardians of the Galaxy 3,” “What If,” and, perhaps most exciting of all, a great way to introduce the space-faring Fantastic Four.

Let us know in the comments below what you think the future holds for Marvel’s Phase 4, and we’ll keep you posted as more information is made available. We’ll see you in theaters!

Marvel’s last chance to save the Fantastic Four

Do we really want another Fantastic Four?

If you liked this article then you'll love our newsletter!

Join us to receive hilarious memes, photo galleries, tips&tricks, and the best games!

Spider-Man 2: A new suit for Spidey?